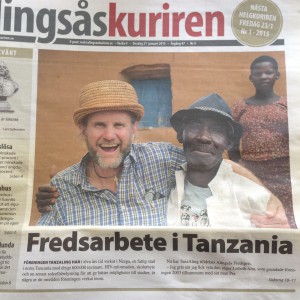 2015 got a great start for TanzAling. In January TanzAling was awarded with

Alingsås Peace Prize for 2015. The prize is annual and given by the local branch of

The prize‐ceremony was held in Christinae Church Sunday 18th of January.

The prize was received by the boardmembers Lisbeth Alm, Pär Alm and Janne Bengtsson.

They expressed their thanks, told the audience about the background of TanzAling and about their experiences of working in Tanzania, after which Ingela Gillqvist and Henrik Marklund, also members of the board, gave some reflections of TanzAling.

The prize was well covered in local media. The newspaper Alingsas‐Kuriren printed the headline “Peacework in Tanzania” under a big photo of Pär Alm and his oldtime friend and basketmaker Shija Shija.

On two full pages inside the newspaper TanzAling was portrayed in an article that told about how the Alm family´s stay in Tazengwa led to the foundation of TanzAling, about various projects through the years, about the funding of the projects and about the big difference the work of TanzAling have had both for the people in the Nzega area and for the people from Alingsås.

The article was illustrated with plenty of photos from Tazengwa and other places in the Nzega area. Lisbeth Alm was quoted when she told about her reaction ti the prize:

The paper AlingsåsTidning printed the motivation from the Christian Peace Movement. That TanzAling is awarded the prize

“because their members are working with great engagement and have succeeded in spreading knowledge and awareness to many people in Alingsås”.

The Peace Prize of Alingsås was founded in 1994 and has previously been given to, among others, local branches of The Red Cross and Amnesty International. 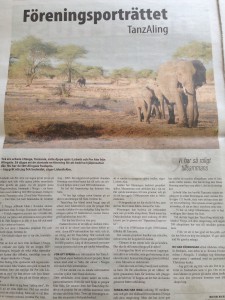 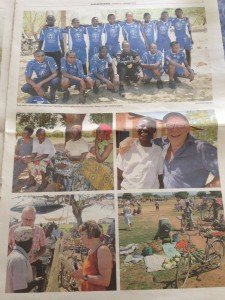